High-Quality Pheasant Hunting in the Northeast
​ 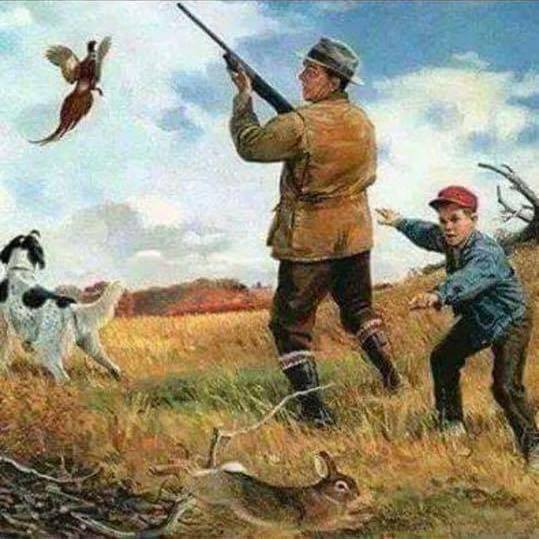 ​State Pheasant Stocking Programs provide enormous benefits to hunters living in the northeast and several other states. These sportsmen do not have to ask anyone permission, pay to hunt, travel out of state, lease land, or join a club. All they need to do is have a hunting license and a pheasant permit, obey the regulations, and they can go enjoy their state’s pheasant program.

Some public pheasant release sites located close to metropolitan areas draw a lot of hunters on weekends. However, it is possible to work around other hunters and have high-quality pheasant hunting on public land, right here in the northeast states. It is very simple – don’t hunt when or where other people do. Few hunters are out during the afternoon or on weekdays. You should also ask your state agency for information about controlled sites that limit how many hunters are in the field at the same time. If you do encounter other hunters, simply move away from them. If you keep moving away from other hunters, you are likely to find pheasant, because the pheasant are doing the same exact thing!

For a while after these pheasant are released they are prone to act like half-grown wild game birds you may have encountered in the beginning of hunting season. Just like early season juveniles, these adult pheasant, about 20 weeks old, quickly wise up and aptly avoid hunters and dogs. In fact, a good many hunters refuse to hunt them except shortly after they have been stocked. Very few of them will admit that the reason is that it is too difficult, however. Some common rationalizations are: The hunters got them all; few or no birds were stocked; they disbursed too wide and far; predators got them all… Although it is true that many stocked pheasant are lost to a variety of causes, most of the hunters do not work the cover thoroughly and slowly, make too much noise, don’t pay attention, and let their dogs range too far. Many times I have brought home pheasants that have gorged themselves with hundreds of lightning-fast and well-camouflaged grasshoppers. These supposedly incompetent ring-necked pheasants I bagged managed to successfully forage, hunt, and catch food, while most of the hunters, often accompanied by a dog, go home empty-handed.

Keep your dog close. Always know where all members of the hunting group are; people and dogs.

The biggest concern with shooting birds on the ground is that there might be a dog just beyond it, standing or crouching on point; that you cannot see. That happens more often than one might think. Don’t pull the trigger and find out a dog that you didn’t see was several yards beyond your target. Think: B.Y.T. Beyond Your Target.

The number one pheasant-specific safety rule is – If It’s Low, Let it Go! Don’t shoot at low birds. Wait until they are high. If they don’t climb high, and often they do not, it’s better to lose the bird than shoot somebody. Think: If It’s Low Let It Go”.

Everyone in your group should wear plenty of hunter orange.
Make your next shotgun an over-under or side by side.

Rest, drink water, and eat, before you, your partner, or your dog needs to.

Give your dog a haircut before hunting season if he picks up a lot of burs and seeds. If your dog picks up some debris, but not a lot, I would not trim him. Some dogs with long, wavy hair do not pick up debris for some unknown reason; with those dogs leave the long hair on for protection. Dogs that do get loaded MUST be trimmed short.

You do not need to be a fanatic, but it helps if you are reasonably physically fit before the hunting season. Your dog does not necessarily have to be in peak condition on opening day, but should have some semblance of fitness by hunting season.

Wear whatever clothing and footwear works for you, but make sure it is something that does not interfere with shooting. Likewise it should not be something like fleece or tricot that picks up a lot of burs and seeds. Protection from brush and water is great, but I would trade that to keep cool and avoid weight and stiffness. Sometimes when you put shells, water, and food in your pockets, it restricts movement. Some game bags do not distribute weight well or make the jacket or vest feel tight when a bird is loaded into it. That could affect your comfort or ability to shoot.

Choose a bell for your dog over a beeper. If you must use a beeper than make it a priority to better train your dog so you can transition to a bell.

Once you find a pheasant release site that you like, do not necessarily skip around to try out as many as possible, unless doing so pleases you. If you hunt one or two sites you will get to know them like the back of your hand.

Keep all noise to a minimum. Pheasant have very good hearing and flee from sound. They will be so long gone you never will know they were there.

Don’t be a fanatic but learn proper shotgun shooting basics and practice at least a little. Don’t shoot at birds on the cusp of gun range.  Think: W-40-Y. “Within 40 Yards”.

It does not matter if your dog points, flushes, or points and then flushes. As long as the bird gets in the air within gun range is all that matters. If he catches a bird, BE GLAD - let him bring it to you or go take it from him. The objective is to “get the bird” that is what he did, now don’t confuse him because of something you read or were told. Take the bird, “good boy, go find another one”… Don’t fret if your dog does not retrieve to hand. As long as you stuff that bird in your bag, all is good. If your dog just stands over a shot bird, points dead, or starts to retrieve and drops it, don’t complain. If you can pick up the bird before the dog, then do so. Show it to the dog so he knows you have it though. That in fact is good for the dog; it teaches him it is about bagging birds, he is a team member, rather than it’s all about him.

The most important thing your dog needs to know is to come to you when you call him. The second most important behavior is to stay close to you when hunting. The third most important ability is to “hunt dead”.  Even if your dog can only do those three things you will do well. If he does everything else; but not those, not so well… Of course, he also has to also be conditioned not to fear the sound of guns as well…

Once your dog masters the behaviors I listed in the three paragraphs immediately above, then all you need to do is hunt him. I don’t mean plant birds or canned preserve or club hunts. Take him HUNTING. The more he hunts the better he will get. Everything else will fall into place. If he is a pointing dog, conditioning him to “stop to flush” is a good idea. Knowing how to heel on and of leash is handy too. If it is a 35 pound setter or Brittany I would only worry about healing off leash. But anything bigger you don’t want tugging on a leash. Don’t get suckered into training your dog to do a circus act. I would qualify that statement with an exception for retrievers used for waterfowl or dove hunting. Although much of the training of retrievers is also unnecessary, the ability to do blind retrieves is useful in hunting ducks, geese, and doves. Nevertheless, many of the maneuvers that are recommended for retrievers, such as “poison birds” for example, have little practical application because rarely are they needed during hunting; and, when such a situation arises, there are other ways to deal with rare occasions.  Just like dogs used to hunt pheasant; frequent hunting trips are also important for retrievers used for hunting ducks, geese, and doves. Think: H.I.T. Hunting Is Training.

Seconds count in pheasant hunting and your dog knows it. Your dog will send you signals in the field and if you send him mixed or irrelevant messages he will be confused. By paying attention you can learn to read your dog and how to communicate with him.  If you broaden your perspective beyond man-made performance standards for dogs and learn to actually work with your dog, you will bag more birds. Think: G.T.B. Get The Bird.

Go slow. Think: S.I.M. Slow Is More. Move away from other hunters, that is what the pheasant are doing. Think: It Pays To Move Away.

Unless a hunting partner can stay outside and watch for birds escaping in the air or on the ground, it doesn’t make sense to work cover that you cannot shoot in. Let the dog go in or move on.

Although you won’t encounter many pheasant if you keep to where the walking is easy, it does not make any sense to go where it is impossible to shoot. On the same note, do not wear your dog and yourself out in exceptionally difficult terrain.

If you see a bird land, it is very tempting to head over that way. However; when it comes to ring-necked pheasant, it rarely works. It is a different story if you shot at one and think you may have connected, in that case certainly do follow up and try to recover the bird.

If you are going to hunt woodcock you must be registered in HIP for the state you are hunting in. HIP registration does not transfer across states. It is a federal requirement, so it is needed in all states.  For example, if you are registered for HIP in New York, but also hunt in Pennsylvania, you must also register there as well.

If your household’s Head Chef is not interested in learning the different ways to cook pheasant, then it is up to the second in command, the Sous Chef. Remember, if your significant other and children enjoy pheasant dinners, hunting will become relevant to them.

There are many tales about dogs that circle pheasant to prevent them from running off. However, in reality it is the hunter that must circle the dog to intercept the pheasant.

When you approach a dog on point you should circle it when possible. Your gun-carry should be the half-mount position.  Always put safety first, but move closer to the dog as fast as possible. “Footwork” is important. If you shoot right handed, holding your gun at half mount, step forward with your left foot and then bring your right foot toward your left so they are about shoulder width or slightly wider. Left handed shooters do the opposite. This will allow you to move safely, yet briskly, and you will be in position to shoot when the bird flushes.

When you flush one or more birds, there may still be more still on the ground nearby.

Whether you hunt with or without a dog, read our article on retrieving birds. Visit this link to read that article: https://thebirdhuntingsociety.weebly.com/how-to-retrieve-birds-without-a-dog.html
Powered by