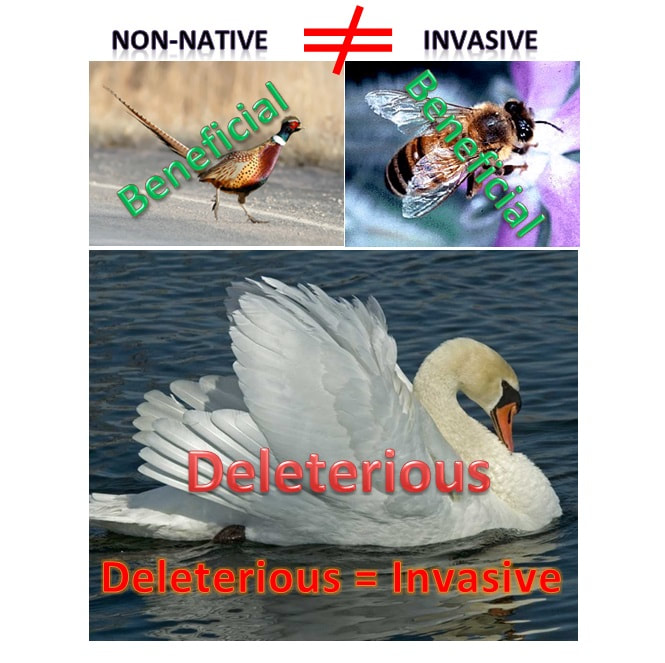 Pheasants are characterized by wildlife scientists as the following:

Invasive biology is at the forefront these days, so the public has heard about it, but does not fully understand it, thus it is easy to conflate any non-native species with an invasive species. However, wildlife scientists have certain criteria which qualifies a species as an invasive species, merely being non-native does not constitute invasive.

Ironically, anti-hunters try to characterize the pheasant as an invasive species. This is an unusual stance for organizations representing the rights of animals, because very often invasive species are exterminated.

As a matter of fact, the same organizations that misrepresent the pheasant as an invasive species have a well-documented history of contesting the classification and/or management of other species deemed invasive by wildlife professionals in the private, public, and academic sectors.
READ MORE - Misrepresentation of the Facts
Two types of Pheasant Programs throughout the US

NY State’s definition by Law:  Title 17, Section 9 of the Environmental Conservation Law (ECL). The Council was created to coordinate among multiple State entities and partners in addressing the environmental and economic threats of invasive species. The legislation defines invasive species as "a species that is: (a) non-native to the ecosystem under consideration; and (b) whose introduction causes or is likely to cause economic or environmental harm or harm to human health."

The USFWS follows Executive Order 13112, which outlines the federal definition of an invasive species.

The USFWS also has an Injurious Species definition.

Q: What are invasive species (also defines the terms “exotic” and “native”)?

A: To understand what an invasive species is, one must first understand the difference between an exotic species and a native species. An exotic species is any species, including its seeds, eggs, spores, or other biological material capable of propagating that species, that is not native to that habitat. Other terms sometimes used for exotic species include “non-native.” “non-indigenous,” and “alien.” A native species is a species that, other than as a result of an introduction, historically occurs/occurred in that particular habitat. These definitions come from Executive Order 13112.

A: No, not all exotic species are invasive. In many cases, a species not native to an area is not adapted to it. If you introduced African elephants to Alaska - they would not survive. In other cases, however, a new species can do well in a new habitat, such as striped bass introduced to the Sacramento River in California. Only in a few cases do introduced species "go wild" and grow invasively, beyond acceptable levels. Current research seems to indicate that approximately 4-19% of the non-native species introduced into the U.S. might be invasive (U.S. Congress, Office of Technology Assessment, 1993).

Q: Are all exotic species harmful?

A: No, not all exotic species are considered harmful. Non-native plants are fundamental to our lifestyle - most of our food crops, such as potatoes and wheat, are not native to the United States. Invasive species, however, are exotic organisms that have gone beyond being useful and have become harmful. A species is not usually recognized as invasive until it causes some sort of harm or cost to the ecology, economy, or to human health. Attempts to plant kudzu as a forage crop and an ornamental plant and attempts to develop a nutria population for fur harvest, for example, both backfired and have now become invasive species problems. There are some benefits to all species - but invasive species do more harm than good.

An invasive species is an exotic species whose introduction into an ecosystem in which the species is not native causes or is likely to cause environmental or economic harm or harm to human health. It is important to note that when we talk about a species being invasive, we are talking about ecosystem or environmental boundaries, not political ones. In addition to the many invasive species from outside the U.S., there are many species from within the U.S. that are invasive in other parts of the country because they are not native to the ecosystem in which they have become established.

Q: How can we know if an exotic species has the potential to be invasive?

Anti-hunters work to alienate pheasant hunters from other hunters

Anti-hunters work to get other hunting factions to throw pheasant hunters under the bus. They claim that pheasant hunting is costly, unsporting, and unpopular. Those three adjectives resonate well with the value system of hunters and other hunters may simply see an opportunity to increase their own opportunity by limiting someone else’s.

Patrick Kwan, New York state Director of the Humane Society of the United States, said the practice of releasing pen-reared pheasants into the wild for hunting each year is "an abhorrent ritual." 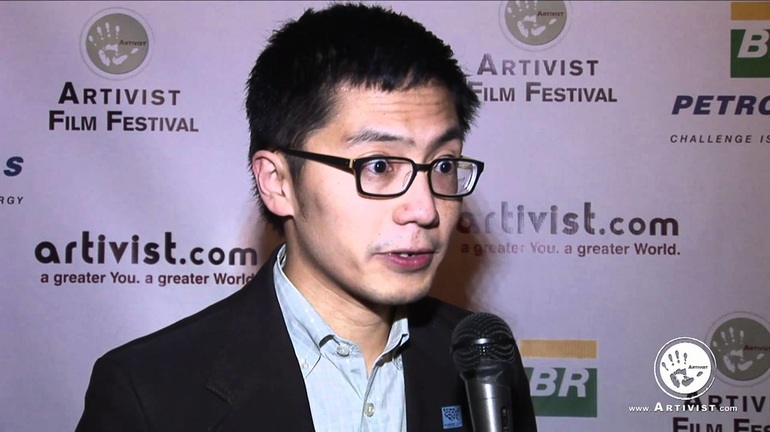 Patrick Kwan, pictured above, and Casey Pheiffer, led the charge which almost shut down NY DEC state pheasant farm in 2009. Patrick Kwan is HSUS's New York State Director, overseeing legislative and lobbying programs in that state. Kwan joined HSUS in 2008 from a public-relations firm that managed Mayor Michael Bloomberg's "Alliance for NYC Animals" program. Previously, he was executive director of the Student Animal Rights Alliance, a field organizer for Amnesty International USA, and a media assistant for the (PETA-affiliated) Physicians Committee for Responsible Medicine. He also blogs about food and restaurants at SuperVegan.com
"It's despicable that even with New York state's budget crunch, the sport hunting lobby is still jockeying for tax dollars to restore one of the least deserving and most inhumane programs imaginable," Kwan said by e-mail. "With so many legitimate programs in New York state that are facing cuts, it's absolutely inexcusable for taxpayer money to be going towards what is essentially recreational killing and target practice using live animals."

In announcing his initial decision to close the game farm in mid-December, Paterson said the $12 billion state budget deficit required "focus(ing) our limited resources in this difficult crisis."

"The closure of the Reynolds Game Farm presents us with one such opportunity," he said.

There are operating costs involved in running game farms. On occasion, throughout the nation, state budgets have included proposals to terminate state game farms. Each time, Anti-Hunting Organizations have weighed in to support these budget cuts which would eliminate pheasant stocking.

However, attorneys for hunters have cited the laws governing the Pittman-Robertson Act and other state laws which deem closures of state game farms illegal. Link to Complaint

Additionally, it has been determined that the operating costs associated with game farms are less than revenue generated by them. That revenue includes both general economic activity and conservation funding.  For example, the state of New Jersey’s entire gamebird stocking program (ring-necked pheasant and northern bobwhite) is 100% user-funded exclusively by pheasant and bobwhite hunters. Even license revenue from other hunters does not enter the program.

According to the U.S. Fish and Wildlife Service 2006 National Survey of Fishing, Hunting and Wildlife-Associated Recreation, small game hunters spent approximately $600 per person per year, contributing millions of dollars to the state economy.

When considering the rhetoric of individuals and organizations opposed to pheasant hunting, pheasant stocking and mourning dove hunting we urge policy decision makers to use due diligence in the handling these matters.
​

The Economic Importance of Hunting in America
http://www.fishwildlife.org/files/Hunting_Economic_Impact.pdf